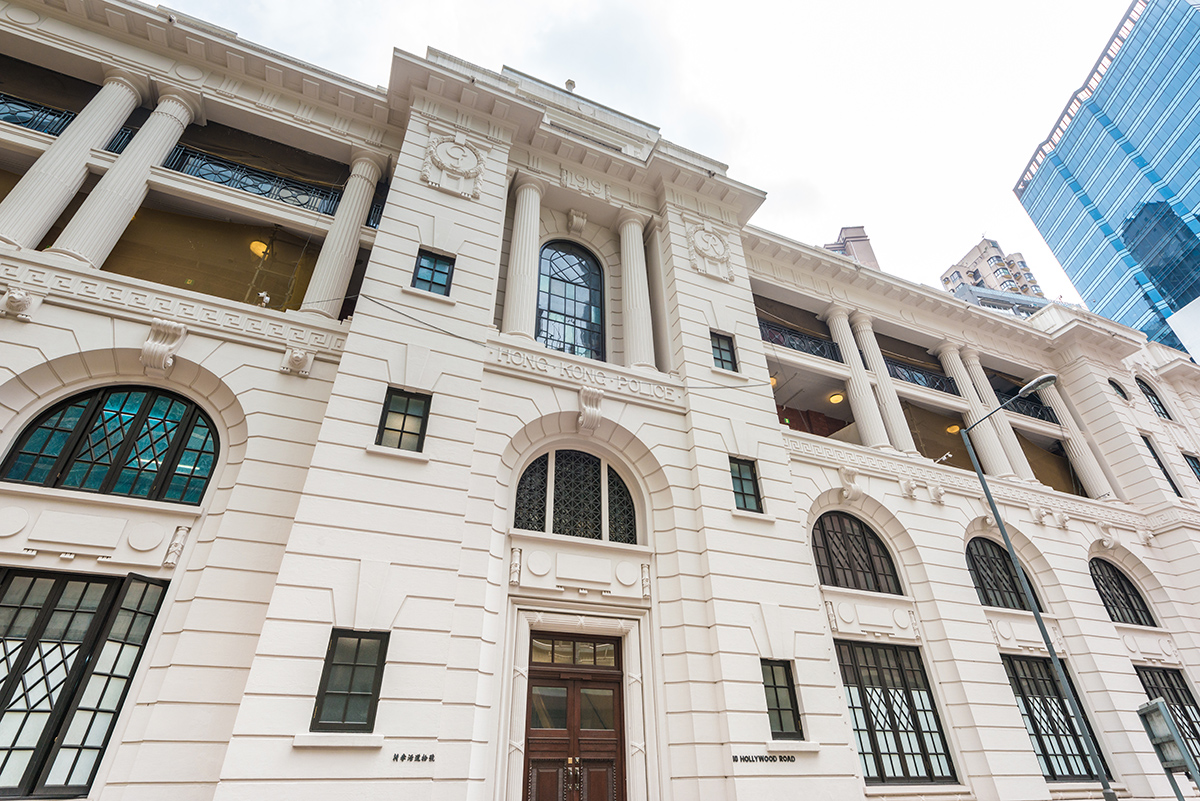 Ten years in the making, the Central Police Station (CPS) compound has been conserved and revitalised as Tai Kwun – Centre for Heritage and Arts, which in the first year of operation since opening its gates in May 2018 has become the city’s most-visited heritage site, attracting more than 3.4 million visitors.

On what was once a closed government site, the CPS revitalisation project has been a partnership between The Hong Kong Jockey Club and the Government of the Hong Kong SAR since 2008, with the Club responsible for all the conservation and revitalisation works. With a vision to reinvigorate and open up the compound as a heritage and arts space for public enjoyment, the Club has gone to great lengths in the past decade to restore the 13,600-square-metre site, which has more than 170 years of history.

Of the 16 historical buildings at the site, 15, together with several outdoor spaces, have been meticulously restored and opened. The Club is finalising the recovery plan for the remaining building – the Married Inspectors’ Quarters (Block 4), which sustained a partial collapse in 2016. The plan is to conserve it and open it to the public for adaptive reuse.

The Club, along with a professional team comprising local and overseas experts, have made extensive efforts in the past three years to explore various feasible recovery options for Block 4. It has also sought the views of stakeholders to find the best available recovery solution for this historic building.

The scheme aims to revitalise Block 4 as a venue for performing arts and exhibitions for the benefit of a broad audience. The collapsed part of the building will be rebuilt in the original footprint. It will be a modest and contemporary expression of Block 4, designed in harmony with the historic context of the three-storey building itself and the compound as a whole.

The Club will uphold the same conservation standards that it has used throughout the 10-year restoration project, namely authenticity, the integration of old and new architecture and public safety, in the restoration of Block 4.

Authenticity means conserving and restoring the designs, materials, features and craftsmanship of the original buildings, which in turn gives visitors the chance to appreciate the character and architectural style of a bygone era.

Giving new life and functions to historic buildings through adaptive reuse is a crucial part of heritage conservation and revitalisation. As such, the integration of old and new architecture is imperative as the two should be distinguishable but also stand in harmony within the site.

Overall, the importance of public safety underlies all the work at the CPS project. While adhering to the principle of ‘changing only as much as necessary and as little as possible’, the Club has taken much effort to ensure that the buildings can be preserved and revitalised while complying with modern-day safety requirements.

Adopting the above principles, the latest recovery plan for Block 4 reflects the team’s cautious efforts to strike a delicate balance between authenticity, the integration of the old and new, and public safety. The plan also demonstrates the Club’s belief that heritage revitalisation is not merely about preserving a historic building that has outlasted its original purposes, but about giving it new life in a sustainable manner.

Throughout the decade-long revitalisation process, Tai Kwun has actively engaged with the wider community, including local schools and institutions, stakeholders in the fields of heritage and arts, neighbours and tenants, to preserve and showcase local culture. In spite of the scale and complexity of the project, in its first year of operation Tai Kwun has been a success, having organised more than 750 local and international exhibitions and public activities, in addition to more than 800 docent tours, while at the same time providing a vibrant platform for home-grown, emerging artists and performers.

Tai Kwun has been lauded by both the community it serves and international organisations like UNESCO. It recently won the 2019 UNESCO Asia-Pacific Awards for Cultural Heritage Conservation with the Award of Excellence, which is the awards’ highest honour. The international jury of conservation experts recognised the Club’s innovative architectural solutions and diverse and creative programming. The award also affirms the Club’s pursuit of excellence and world-class quality in revitalising and conserving the historic compound.

The Club will continue to uphold its standards in the revitalisation of Block 4 to provide a unique cultural space for public enjoyment for years to come.