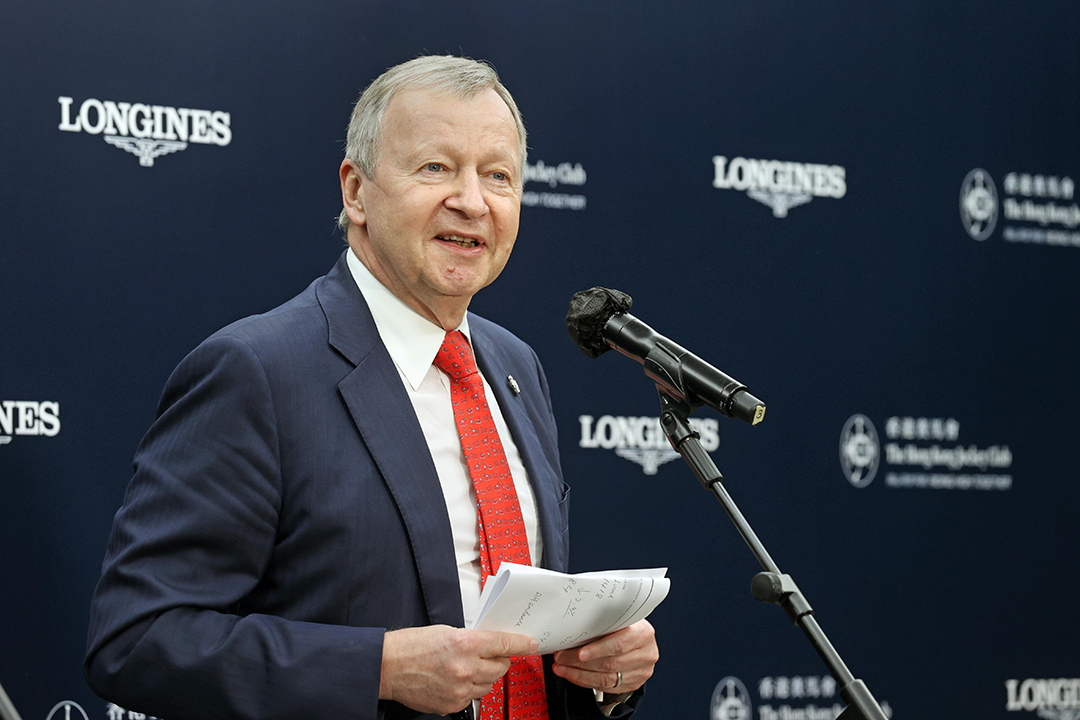 Mr Engelbrecht-Bresges paid tribute to Hong Kong’s ability to produce world-class performances from a horse population of only 1,250 as more than 45,000 fans flocked to Sha Tin and Happy Valley – the largest racing crowds in three years – to participate in a “Celebration of Champions.”

Mr Engelbrecht-Bresges thanked international and local owners, trainers and jockeys as well as Club staff for the staging of an unforgettable meeting.

“I want to thank our team who have done an absolutely outstanding effort because what the team has pulled off has made me as the CEO extremely proud because this is the Hong Kong ‘Can Do’ spirit and this is excellence of the Hong Kong Jockey Club – and we never give up,” he said.

“I would like to acknowledge and thank the Hong Kong Government for their tremendous support that we could hold such a global event – because this is a real global event which goes around 80 countries where people around the world who love horse racing focus on Hong Kong.

“We are on the world stage and we are global leaders and we can do things very few others can do.

“The overseas connections who came here, I would like to thank them because they made it a global event and they were all extremely appreciative at how we could conduct this event and stage a global show.”

Addressing Hong Kong’s effort to win three of the four G1s, Mr Engelbrecht-Bresges said: “Wellington shows he is one of the best sprinters in the world and the ‘Golden Generation’ of California Spangle and Romantic Warrior have shown that they can compete on the world stage. Romantic Warrior has produced the best 2000m performance I have seen for a long time against world-class competition and I would like to acknowledge Golden Sixty because, even in his defeat, he has shown that he is a champion.

“Today is really a day where I would like to acknowledge the tremendous atmosphere we had on track. We had more than 45,000 people coming and cheering our heroes. The theme of our meeting was a ‘Celebration of Champions’, and our fans were more than happy to come back to the track.

“We had one of the best race meetings and after a period of time living in a hiatus it shows Hong Kong is a unique place and our fans around the world can see how good Hong Kong racing is and it gives me great confidence in the future.”

Turnover for the meeting was a record HK$1.729 billion.